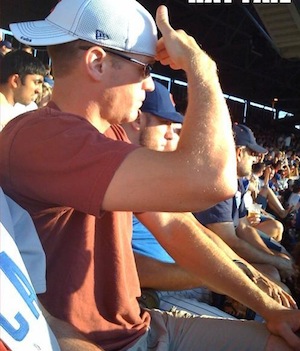 Earlier this week, I posted a tweet promoting a product that was pretty cool. The application was graphically beatiful and incredibly useful… but I couldn't actually figure out what it yi or yaya don amfani dashi ba tare da aiki mai yawa ba.

The company immediately tweeted back that the interface was “simple”. I replied, “thanks!”. I wasn't going to argue with their logic. They were obviously a lot smarter than their user… a seasoned techy and geek.

You can lead a horse to water, but you can't make it drink.

Tabbas, dubawa ya kasance mai sauƙi ga su. They built it! The application in question has actually been on the market, unchanged, for quite a while with very slow adoption. Hmmm… so we've not had rapid adoption and we've gotten feedback that our interface was clunky. Perhaps the two are connected?

It's not really fair to insult a user by thinking they're dumb. Relatively speaking, you should always assume they are dumb! I'm not saying all users are dumb… just setting a ‘frame of mind' when thinking about your customer experience.

If you're a technology company, the conversation is already happening about your product! You can search Twitter, gwada a Shafin Fan akan Facebook, amfani Alerts na Google or simply post a blog post and solicit feedback. If your users know you are listening, they'll provide you with the answers you need. You just have to be smart enough to find the answers.