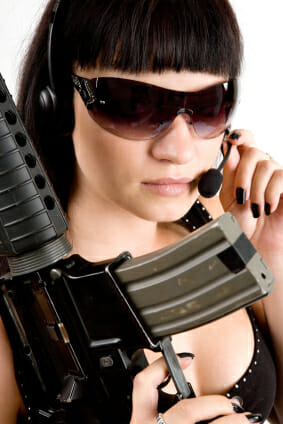 While the entire industry is acting shocked, most of us within the industry know that this was pretty common practice. The fact is that this gaping flaw in Google's Page Rank algorithm left a door so large, that it's pretty much nearly impossible that your SEO firm didn't take advantage of it. Those within the industry are calling them stupid, lazy and dishonest. I'd bet that many of the critics who practice SEO have some keyword rich backlinks somewhere on another site that helped drive their ranking up.

Backlinking shine babbar masana'antu. Companies can spend hundreds of thousands of dollars with backlinking organizations and make millions of dollars in sales. Keep in mind that however immoral it might be to cheat like this, it's not illegal. In all honesty, I can't blame companies for paying for backlinks.

I currently work with one client who is watching as their competition is amassing thousands of spammy backlinks every week. They beat my client on thousands of terms and make their money, ironically, off of Google Ads. To add insult to injury, their flamboyant founder is constantly kissing Google's butt and taking about how dishonest the SEO industry is – all while he's buying backlinks.

What do I tell my client? I advise them to devote more resources and more time to engaging prospective visitors in social media. It's expensive, it's time-consuming, and doesn't nearly have the return that simply buying backlinks would. That's a hard pill to swallow when backlinking industry folks are coming out the woodwork offering them services at a fraction of the cost of my consulting.

The fact is that this isn't an SEO industry issue, it's a Google issue. By weighing rank so heavily on backlinks, Google has poisoned itself by launching a billion dollar industry where professionals can easily game them. Google's answer may even be worse, though. By dropping JC Penney from the index for black hat backlinking, Google has spawned a far more evil industry, the Kisan Injin Bincike masana'antu.

This is an industry that will flourish if Google takes this approach with more and more companies in the near future. The backlinking industry will continue to grow – but this time it won't be to backlink to your site, it will be to leave a trail of spammy, keyword-rich backlinks to your competitors site. SEO consultants will be working hard not to leave a trail that Google can pick up when ranking their customers, but can begin leaving a more obvious trail to competitors.

Now black hat SEO consultants have another weapon at their disposal. While working to increase their client's ranking, they can pursue destroying the competition's ranking. This is not good for the industry.